Poreč is an important picturesque town located on the western Istrian coast. Beautiful and rich natural setting favours the district’s intensive vine growing, olive farming and especially tourist industry. But, the town history begins two thousand years ago. After many nations who have settled on this area, firts one the Illyrian tribe of Istria. Istrians were defeated by Romans. When the Romans conquered the Histris, begins another long cultural and political period. Poreč is first mentioned 50 years BC as opidum, a fortified city. On the Poreč peninsula, they have built the army fortification and named it Castrum. Futhermore, after a certain time period, this settlement was announced the central City of the Roman administrative, cultural and economical colonization. The remain of the Neptune and the Great temple were found at the convexed part of the peninsula. There were located at Marafor, a rectangular square of which is preserved a Roman pavement under the present ground. Architectural highlihtning curiosity is the Euphrasian basilicadating from th 6th century. It is the most remarkable Byzantine architectural and artistic monument on the Adriatic’ east coast.

The Bishop Euphrasie came on this area and left the important impression on the Church and its governing. He built a Basilica on the same place where was settled the Cathedral. Basilica got name after the Bishop and 2000 years after, the Euphrasius Basilica has pass all these years protected as much as can be. It is preserved only one side part of the Basilica. Today is the most precious and amazing cultural monument. It is under the UNESCO-s protection on the World List of Preserved Cultural Heritage. Furthermore, much colonization passed through the Poreč area and tried to conquer the town, until one year Poreč was taken by the Venetian Republic. They built the amazing and most beautiful Fortifications, Castles, Gothic Palaces and because of that important development, Porec received the City Statute. By those changes, many cultural but political guidelines developed and advanced. During that time period, Poreč was the main city of Istria and was the center of all political, legal, and educational programs. All the schools, courthouses and administrations where settled in Porec. Today, after thousand years ago, Venetians and Romans left so many traces in Poreč, many monuments and historical conclusions of their existence, like: North Fortress; Pentagonal Fortress; Canonic; Middle Ages Bulwarks; Istrian Assembly Hall; Marafor Forum Romanum; The Two Saints House; Romanesque House; Big Neptun Temple; Gothic House; Round Fortress; Palace Zucchato; Franciscan Gothic Church and Church of our Lady Andela.

Poreč culture reaches the pre-historic time, influencing on today’s cultural and artistic movements of home people. During the summer, the city lives up and becomes the magical and historical place. Additionally, if you prefer to visit the national treasures, there are galleries which keep the most famous arts, and those are: Art Souvenirs; Art Studio Varzic; Atelier Gallery; Atelier 1; Fenix; Gallery M; Gallery Roco; Gallery Istrian Assembly Hall; Two Saints House Gallery; National University; The Palace Zuccato and The Romanesque House Gallery. Besides, the City has two Theaters: Theater Exit and Porec Theater; and has one cinema, the Cinema Porec for those who prefer the peaceful vacation and cultural laudation. The City has one museum, the Local History Museum where are settled regional treasures and monuments evidencing the history as once was. Heritage Museum of Poreč, the first museum established in Istria in 1884, with its rich collection of exhibits from all periods confirms the continuity of life in this area. The museum is situated in the Baroque Palace Sincic from the 18th century. At the ground floor of the complex is settled the Lapidarium with the Roman monuments and the archaeological collection with the Pre-Historic ceramics; at the other floors are settled the Baroque Salon with the artistic paintings and objects, the portraits and objects collection of a Slovenian family Carli, the collection of Medieval Sculptures and a wealthy historical library with the preserved documentation. Very interesting exhibition held is the Porec Annale which is the oldest Croatian Art Exhibition of the Modern Art. It is settled at the Gallery Istrian Assembly Hall in the heart of the old town. International and home artists expose their work in the gallery. Those places are worth to visit to learn more about the national history of Istrian people. Anyway the whole town is rich with monuments: the remains of Roman temples, Romanesque, Gothic and Borque buildings which confirm that the city is an open air museum.

Porec – Things to do

Porec, very entertaining city, offers many amusement and crazy fun. In the old town, on the main square, during the summer are held various cultural and entertaining shows, live concerts and dance performances. Many restaurants organize live music dance shows on their terraces, also the folklore performing groups and similar manifestations. Considering the concerts, there are held: Classical Music Concerts in the atrium of the Euphrasian Basilica where perform the music vocalists, instrument soloists, symphony orchestra and various choirs; Jazz Concerts in the City Museum garden; Meetings of cultural and artistic groups; Concerts, Theater and Cinema performances,Poreč summer – pop singers and bands concerts every week and much more. For those who prefer parties and all night long amusement, Porec offers following Clubs: Disco Club Byblos; Colonia Club; Club International which also has its Casino Club. Besides those, you can find numerous restaurants, coffee bars, taverns, patisseries, and related relaxed places to spend an interesting evening.

This city is the perfect vacation place which offers many contests during the daytime. Apart from enjoying the crystal blue sea and Mediterranean sky, you can choose between many sport and recreational activities. Those are: sailing, scuba diving, jet ski, waterskiing,fishing and hunting, tennis, cycling, walking, speleological features, wellness treatments, golf, beach volley ball, surfing, sport climbing, horse back riding, drive, paragliding, para flying, bungee jumping, and Adrenalin Park Akros where are exposed many more extreme features for the adrenalin lovers. Furthermore, Porec offers spread choice of amusement during the day. For those who do not prefer sport activities but rather do excursion of surrounding areas, Porec offers: Limski Channel tour; Cove Baredine; Inner Istria Tours; Plitvice Lakes; Inner Istria Off Road races; City Pula, National Park Brijuni; Boat panoramic trip through the Porec archipelago and many more. Another very interesting visit place is the Porec Aquarium. There are available to see numerous different species of the underwater world.

Porec – How to reach us


Porec can be reached: By bus which connects all the mains cities and other settlements but especially Pula, Rijeka and Trieste; By train to the nearest railway station in Pazin; By plane to the nearest airport in Pula or in Trieste(Ronchi dei Legionari); By boat to the nearest main port or by personal boat to the smaller port or marina; By personal vehicle which is the most reliable and secure way of traveling and can be easily found since there are mayn sings on the Istrian Y.

Apartments and houses in Porec Hotels and resorts in Porec 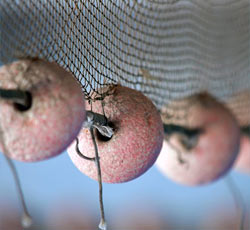 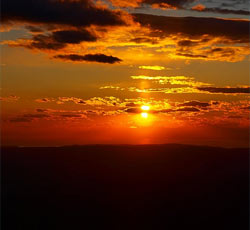 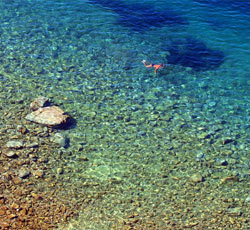 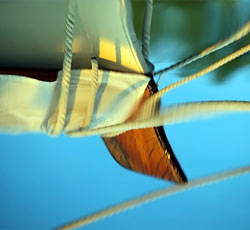 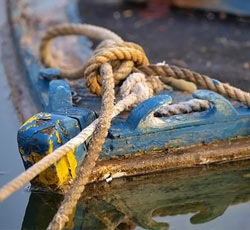