Vrsar is a small fishing village at the western part of Istria coast. It is situated on the hill, which by the development of tourism started to go lower to the sea. The coastline contains the archipelago with 18th small islands, whereas the north part of the port is closed by the peninsula Montraker which became the art workshop of stonemason. This small town has grown into a tourist destination which is full of natural resources, beautiful beaches, coast, hinterland and rich accommodation offers. The long history had started in the Pre- History. In the 1st century BC when the Romans had come, Vrsar had been an important market centre. From the 5th till the end of 8th century Istria was under the Byzantine Rule, and Slavenians had come in the beginning of 7th century and expelling the population and destroying everything what came on their way, including the Antique Vrsar. At the end of 8th century the Feudal Rule of France has started so Istria had come under the Rule of French invader Charles the Great. In the time of 10th till 18th century Vrsar was the administrative centre of the Bishop of Poreč. In 1778 the Venetian senate abolished the church shire at the area of Vrsar and Vrsar came under the Rule of Venetian Doge, and the former properties of Poreč bishops in 19th century became the property of patrician families from Poreč. After the Venetian Rule Vrsar had been under the Rule of Austria- Hungarians till 1805, when it came under the French Rule. After 1813 started the century of Austrian- Hungarian Ruleand lasted till the First World War, after what followed the Italian and German occupation and in 1947 Vrsar became a part of Yugoslavia till the 1991 when it became part of independent Republic of Croatia.

The narrow, vaulted streets of the old town lead to the city gate, small squares, stone houses, picturesque churches and three town belvederes. The view of Vrsar coastline are really charming: the most indented coastline of Istria is decorated by one of the most beautiful Mediterranean archipelagos whihch includes 18 unpopulated islands surrounded by the crystal clear Adriatic Sea. Vrsar can be proud of its florid history that dates back to the prehistoric period. It has been known for centuries for its springs of drinking water because of which it got its ancient name Ursaria (old Mediterranean word “ur” or “spring”), as well as the nearby place Funtana (fountain), also a destination for those who were seeking rest and refreshments. It is interesting to mention that even the Italian poet and adventurer Giacomo Casanova spent the summers of 1743 and 1744 in the romantic Vrsar and refers to the town in his famous memoirs. Due to salt production, Vrsar is marked on the maps of the old world, and it is possible to find the high-quality grey stone in its streets, which was used in the building of Venice itself, throughout the Roman Empire. Vrsar is recognized as well as the city of sculptors; this is the location of the famous Dušan Džamonja’s sculpture park. You can find stone sculptures all over the town, and their number grows each year after regular visits of Montraker international sculpture colony. The area around Vrsar is rich of wine grapes and olive-groves as well as shells and other sea delicacies that are farmed in the nearby protected nature park Lim Channel, which makes Vrsar one of the preferred destination for gourmets and wine lovers. Tourism is an important link in Vrsar’s economy and the town has been announced as the best tourist destination on the Croatian Adriatic several times. Vrsar is a holiday destination for all those who enjoy active vacation as well as for families. Today, Vrsar is also know for a large marina, nearby Koversada, the largest naturalist center .

Vrsar – Things to do

There are many remarkable monuments and landmarks in Vrsar: The Church of St. Foška, City Gate the remains of the Roman necropolis (on Montraker peninsula), the old Romanesque City Gate, the Church of St. Anthony Church, the St. Martin Romanesque, the Romanesque Basilica of St. Mary of the Sea from the 10th century, the remains of prehistoric settlement on the top of the town promenade and harbor abandoned quarries, Edo Murtić’s art gallery Sculpture park.


Vrsar can be pleased with its many catering facilities: restaurants, bars, bistros, pizzerias, beer-pubs, especially along the sea promenade. Those who wish to spend all night long can go to the nearby Poreč (11 km) and its clubs. The summertime in Vrsar is always full of events. From June to September Vrsar is the host of the annual music festival „Sea and Guitars“ held in the Basilica of St. Mary of the Sea and on St. Antun Square. Music lovers can totally relax with the gentle sound of traditional Croatian music. From May to September local people organize fisherman’s feasts. The crowd meets on the bright sea shore and enjoys the sounds of summer evening music with Istrian seafood specialties. Every year in September the „Montraker – summer sculpture school“ takes place in the deserted quarry. The Casanovafest an art festival of love and erotic takes place in Vrsar, as well. Resorts usually organize guest entertainment that includes day-long activities, from educational, artistic and creative to sports activities for guests of all ages.

Vrsar – How to reach us


You can reach Vrsar from many directions like: by bus which is connected with the nearby Poreč ; by train where the nearest train stations are in Rijeka or in Pula; by airplane where the nearest airports are on the Island Krk, in Pula and the airport in Triest; by boat which connects you with all the ports along the Istrian coast and its main port Pula; by personal vehicle with you can arrive by following the directions on the Istrian Y and is the most secure and independent way of traveling.

Apartments and houses in Vrsar Hotels and resorts in Vrsar 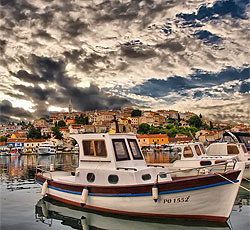 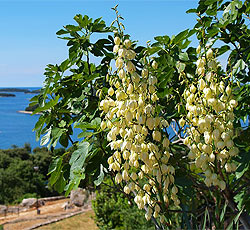 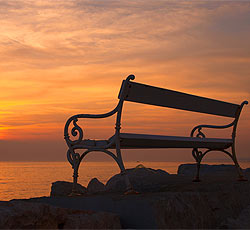 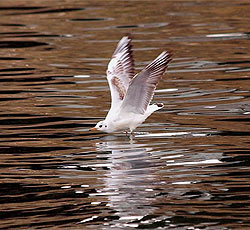 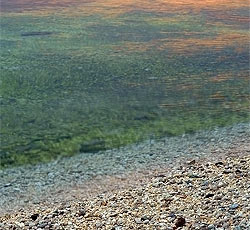