Učka Nature Park is characterised by a variety of features in a comparatively small area. The area encircled by Učka Nature Park has been a site of costant human dwelling and activity for the last 13,000 years. The population of today’s park area had for centuries been engaged in cattle-breeding, agriculture, and forestry. Human activity and the efficient management of natural resources resulted in pastures and agricultural land, characterized by many dry-stone walls, traditional shepherd’s huts and field shelters, which can still be seen today and make up the area’s authentic cultural and historical heritage. These landscapes, cleared by human hand have become important biological habitats. Over the millennia, a new ecosystem balanced these habitats, which is different in nature from the forest ecosystem that prevailed before. The neglect of traditional activities produced an imbalance and unfavourable changes to the natural landscape. Therefore, preserving local traditional culture is an essential part of protecting the area’s natural environment and estimable landscape. Učka is probably the only place in the world where one can take a photograph of the endemic Učka or Tommasini bell-flower (Campanula tommasiniana) and one of the rare European locations where patient bird watchers have the opportunity to catch sight of the Eurasian griffon vulture (Gyps fulvus) or golden eagle (Aquila chrysaetos). These species are two outstanding representatives of the ornithological life on Učka, which includes ca. 100 nesting birds and many other birds that occasionally visit this mountain. A defining characteristic of Učka Nature Park’s flora is that it is an area which, with regard to its geographical location and climate,proliferate in both continental and Mediterranean species. According to the existing literature, the flora of Učka Nature Park includes approximately 1300 different species, which is an extraordinarily large number, considering the relatively small size of the protected area. Učka has a long tradition of botanical, especially floristic research. The first scientists to visit Učka were botanists. The list of considerable researchers is quite long, and most of the floristic papers that were published in the 20th century have extended our knowledge of the richness of the local flora. Moreover, it must be underlined that despite the centuries-long floristic research, new discoveries can still be made here. Due to the diversity of habitats and the plant and animal species living there, Mount Učka is an important point of biological diversity on the European continent. The data about local fauna in the literature from the first half of the 20th century disclose the existence of a great number of endemic and protected species in the park, which require active attention. It is determinated that we are acquainted with only 40% of the total number of species that inhabit the park. 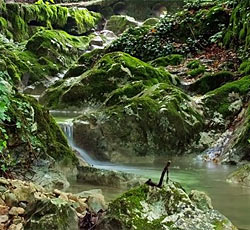 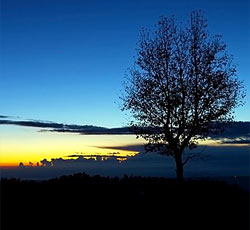 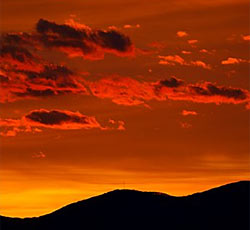 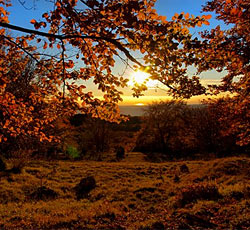 View Larger Map
By continuing to browse the Web site you are agreeing to the terms of use .