Rovinj, an old but popular fishermen town surrounded by islands and islets, is situated on Istria’s west coast and it’s one of the most developed seaside resorts in Croatia. Rovinj is an important historical and cultural Istrian center. The old town lies on a conical promontory which was until 1763 part of a coastal islet. In the 18th century the channel was filled up with the mainland. In the 18th century Rovinj was the most populated town in the Ventian part of Istria after Kopar.

The town is an ancient settlement famous from the hundred years ago when the old Greeks and Romans campaigned those areas and left traces. The town was first mentioned in the 7th century as Castrum Rubini. The Romans bult the port on the island that was only 1763 incorporated to the mainland. During the century that followed the population of Rovinj has always been searched for protection from St. Euphemia. The cathedral that is dedicated to the saint dominates and protects the town. Other important treasures are: The Old Town, Baroque Municipal, the Chapel of St. Trinity, Franciscan Monastery, the Castle on the St. Andrews Island and many more. The priceless historical monument are the “Seven Old Town Gates” from which only three gates preserved the original shape. Those are; The Gate of St. Benedikt, The Gate under the Wall and The Gate of St. Cross.

The town has a City Museum where are settled the Archaeological Collections, the Contemporary Croatian Art, the exhibitions of sculptures and paintings and many more. Besides that, Rovinj town has another museum settled in “Ruder Boskovic” Institute Center for Maritime Research. That is an Aquarium Museum over 100 years old situated in the park forest called “Golden Cape”. Visitors will be interested in an aquarium locate din the port as part of the Center for Marine Research founded in the 19th century. Moreover, the town Rovinj organizes the International Art Exhibitions during the summer. Rovinj is an important economic center with the activities related to the industry (tobacco, producttion of canned fish and so on), fishing.

Rovinj – Things to do

The town is an important cultural center of Istrian Peninsula. Besides all the historical characteristics, Rovinj will reveal to you its tradition and customs. Artistic town Rovinj, every year is populous with the artists and visitors from all over the world. Therefore, during the summer are placed: Traditional Organization called the “Artistic Colony Rovinj” and “The Grisija” which is a street name but also an open air gallery spread over the old town streets. Additionally, it is the annual art manifestation where are exposed the arts and stories of all the presenters under the blue sky. Aside from that, Rovinj offers many more festivals, events and happenings. During the summer are organized: The International Pop Festival; Town’s Patron St. Euphemia Day when is the traditional Great Feast organized in the open air; Rovinj Summer Festival when the local bands of traditional singing present their show; Rovinj Regatta; Hunt Club organizes hunting game and many more. For those who like to spend their evenings in the quiet surroundings, Rovinj offers its theater, The Gandusio Theater which during the whole year presents the shows and events.


Whenever you arrive in Rovinj town, you will find various places for amusement and fun. During the summer, the town lives up with the Rovinj “Festa” Party inviting many performers and musicians to perform on the concerts, live music bands to make an atmosphere, and places benches with the Rovinj souvenirs for the tourists. Besides that kind of party, for those who prefer the peaceful vacation, Rovinj offers concerts of classical music in the Franciscan Monastery. Additionally, the Rovinj has the biggest entertaining center in the whole Istria and broader. This Monvi Center offers many restaurants, pizzerias, ale houses, patisseries, amphitheater and disco bars. All those places are organizing dance parties, cabaret shows, live music concerts, DJ parties, summer festivals and many similar performances with the national and international performers. Other Disco Clubs and Bars are: Villas Rubin, Monte Bar, Valentino Red Island, Eva, Monte Molini. The town Rovinj has two casinos which are Automate Machine Club Istra and Adria Casino on the boat.

Rovinj offers many sport activities, interesting tours and excursions and remarkable sightseeing places. For those who like adrenalin and amusing vacation, the town provides diving clubs, underwater fishing, sailing and surfing, world regattas, kayaking and water skiing, bowling,international tennis tournaments, mini golf, basketball. Although this recreational and adrenalin activities are many, you can, besides that, make tours on the Plitvice Lakes, in Postojna cave, Brijuni National Park or Venezia. Places worth seeing are the natural treasures but of historical importance. Those are: Dvigrad, Bale, Žminj, and protected places like Limska Draga Fjord, Rovinj islands and islets, Golden Cape Park and many more.

Rovinj – How to reach us


You can reach Rovinj from many directions like: by bus which is best connected with cities Pula, Rijeka, Trieste; by train where the nearest train stations are in Rijeka or in Pula; by airplane where the nearest airports are on the Island Krk and in Pula; by boat which connects you with all the ports along the Istrian coast and its main port Pula; by personal vehicle fby following the roads sings on the Istrian Y which is the most secure and independent way of traveling.

Apartments and houses in Rovinj Hotels and resorts in Rovinj 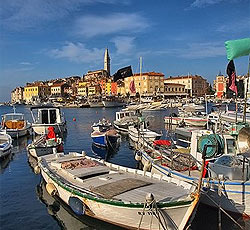 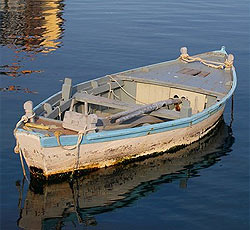 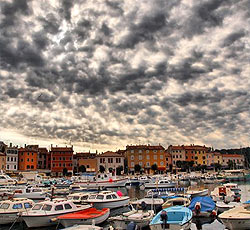 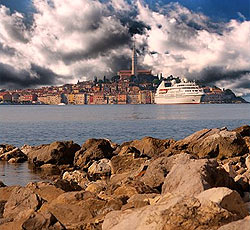 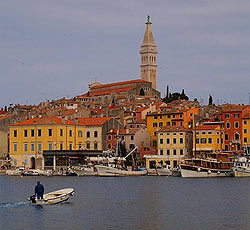