Rabac is the major tourist resort on the eastern coast of the Istrian Peninsula, some 40 kilometers away from Pula and only 5 kilometers from Labin. Rabac grew from a small fishing place into a resort and it is considered to be the pearl of Kvarner because of its natural beauties and nice lagoons.

Its first hotel, Hotel Quarnero was built in 1889. The hotel had only a few rooms and a pub on the ground floor. Kaiser, an Austrian officer, who was an usual client of that first hotel, later bought Dubrova, an area near Labin. Today, in Dubrova takes place the Mediterranean Sculptors Symposium and has become ever more famous for its park of sculptures. In 1925, in the period of the Italian government, the first larger hotel was opened in the center of Rabac and was called ‘Trieste’ -its name today is ‘Primorje’. The capacity of the hotel could not meet the ever growing demand of tourists, mainly from the northern parts of Italy. Therefore took place the more intensive development of private accommodation. Tourism in Istria, as well as in Rabac, began to develop during the sixties. Since then, all hotels, apartments, camping sites and the greater part of the private houses were built. Among the regular visitors, the most numerous are Germans and Austrians followed by English and Italians.

Rabac – Things to do

There are many things to do while spending vacation in Rabac:

Porta Sanfior – main town doors of St. Flor dating from 1589 with Labin coat of arms and the Serenissima lion above. Canon dating from Austrian times was put up for the second time on the bastion (torjon) in 1995.

The three-nave church of Blessed Virgin Mary’s Birth built in 1336 on the foundations of the small church from the 11th century. It was reconstructed several times. The last reconstruction was in 1993. A Venetian lion with a sphere in his mouth – a symbol of Labin recognizing the Venetian government – was put on the front facade in 1604. By the end of that century, in 1688, a baroque statue of senator Antonio Bollani, a warrior against Turks, was put on the same side. The bust is one of the most beautiful examples of the secular sculptural art of Istria in the 17th century.

Then there is the Church of the B. V.Mary’s Birth adorned with six marble altars. One of them has St.Justin’s relics brought here from Rome in 1664. The main altar and altarpiece with six figures of B.V.M., St.Pauline and Saints : Justin, Sergio, Julian, Tom and Jacob.

Then the Town loggia – Labin – center of life in the past where news and court verdicts were read out. Peasants danced there every Sunday and on fair days. Built in 1550, it later got a collection of stone monuments. Pillar of shame in front of the loggia.

During the sixties and seventies Rabac started to expand thanks to investments in tourism, especially hotels, and apartments. Today Rabac is recognized as the pearl of the Kvarner Bay and can accommodate a large number of tourists in hotels, apartments and aparthotels. Rabac offers a wide variety of sport activities, boat excursions and other recreational facilities. The town also has an exquisite gastronomic offer, beautiful beaches and is a destination of choice for families.
In the summertime you can enjoy a rich programm on open and closed locations many musical, scene, art and other shows are performed by local and foreign artists, harmony-singing groups (“klape”), classics, street art, folklore, theater performances are some parts of the program. In the nearby Labin, the „Labin Art Republic“ is a project that revives historic and cultural heritage of the medieval town of Labin. In addition, various city festivals and concerts that are organized in Labin amphitheater complete the entertainment.
Entertainment you can also find in one of many cafes or attend one of the parties of electronic music which are organized on the beach Girandella.

Rabac – How to reach us


You can reach Rabac from many directions like: by bus is connected with the nearest town Labin; by train where the nearest train stations are in Rijeka or in Pula; by airplane where the nearesairt ports are on the Island Krk, in Pula, in Trieste(Italy); by boat which connects you with all the ports along the Istrian coast and its main port Pula; by personal vehicle you can arrive from any direction by following the direction on the Istrian Y to Labin.

Apartments and houses in Rabac Hotels and resorts in Rabac 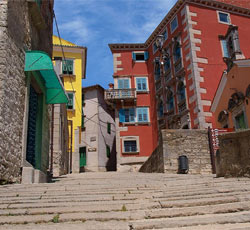 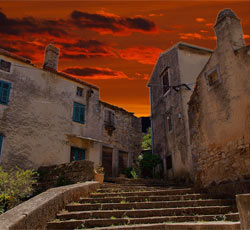 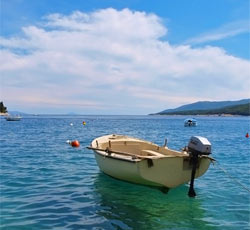 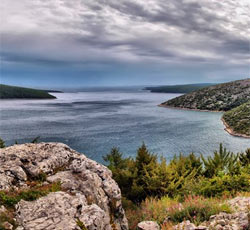 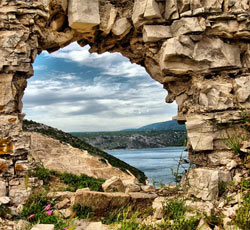